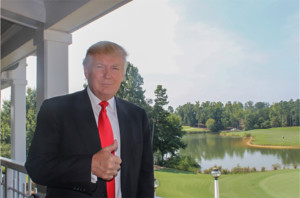 Trump National Golf Club Charlotte on the banks of Lake Norman generated $15.016 million in 2017, according to the 92-page Trump Financial Disclosure document (page 17) filed May 15 with the U.S. Office of Government Ethics. The entry is on the same page as one of Trump’s most controversial entities, THC China Development, which is planning on building at least 20 Trump Hotels in major Chinese cities.

The Lake Norman golf club outperformed most of Trump’s other golf properties in Los Angeles; Philadelphia; Westchester and Hudson Valley, New York; Colts Neck, New Jersey; and even Scotland – all except for Trump National Doral in Miami, with $75 million in revenue, and the Mar-a-Largo Club (“Winter White House”, according to Trump), which generated $25 million last year.

Trump originally paid $3 million for the Mooresville club in 2012, then called The Point. His team has since put about $12 million into improvements, according to the president’s son Eric Trump, who is now running most of Trump’s assets along with his brother, Donald Jr.

Trump’s family also owns several other holdings in the Charlotte region, including a real estate brokerage, a furniture showroom, and substantial stock in Bank of America and VF Corp. 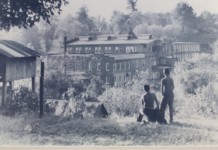