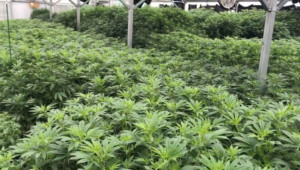 About 130 countries around the world are currently engaged in tobacco production. Half of these states produce insignificant volumes of cigarettes, while really large volumes are manufactured by only 12 countries of the world, which are the main exporters of such products. The leading countries annually produce about 7 million tons of tobacco, and over the past decades, this volume has remained approximately at the same level. Let’s take a look at this list of states in detail.

The first plantations were founded in Cuba by the Spaniards in the late 15th and early 16th centuries. Since then, the island holds the title of the world’s premier cigar producer. Cubans do not use tobacco from other countries for their cigars. All “Havanans” are made entirely from local plants.

The first Honduran tobacco factory, the famous Flor de Copan, was founded in 1873. Despite its long history, the truly intensive development of the industry began in the 70s of the XX century, when Zino Davidoff moved there from Cuba. Having established his production of cigars in Honduras, he taught local farmers to grow truly high-quality tobacco and produce excellent cigars. Today, anyone can buy Davidoff cigarettes at a good price online.

In 1521, the world’s first tobacco plantation was founded in Santo Domingo. Endless wars prevented the development of the industry until the end of the 19th century when the country finally gained independence. In 1962, the US government imposed a trade embargo on Cuba, banning the import of Cuban tobacco and cigars into the country! Dominican cigars flooded the American market, and only then they were finally noticed and appreciated in the world.

In the US state of Connecticut, tobacco has been cultivated since the 19th century. Today, all Connecticut tobacco is grown in the shade and used as a wrapper. This technology was first used at the beginning of the 20th century – before that, the local product was incredibly strong. Today the Connecticut leaf is light, thin, with delicate floral aromas. It is incredibly expensive but is in demand among growers around the world.

On the islands of Sumatra and Java, tobacco has been grown for centuries. The main thing that Indonesia is famous for is its light Sumatran leaves. The Indonesian wrapper is used in most machine-rolled cigars around the world. Besides, the local Bezuki variety is used for the production of European cigarillos.

According to the chronicles, cigars have been produced in the Philippines since the 17th century. The plants grown here are of Cuban origin. Tobacco is produced by independent growers who sell it to local manufacturers or export it.