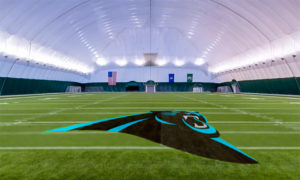 With a new year comes another shot at glory for the teams of North Carolina. The 2019 season ended rather abruptly for the Carolina Panthers, given their surprisingly good early run without Cam Newton, while 2020 commences the second half of a season of potential for the Carolina Hurricanes and Charlotte Hornets.

While there is still a long way to go for the Canes and the Hornets, and the Panthers’ 2020 campaign hasn’t started yet, we can already begin to gauge which sport looks set to yield the state of North Carolina the most success this year.

Hornets in with a chance of the postseason

Since becoming the Charlotte Hornets for the start of the 2014/15 season, North Carolina’s NBA representative has only made it into the playoffs once in its five seasons. In 2015/16, the Hornets finished sixth in the Eastern Conference but went out in the first round following a grueling seven-game series with the Miami Heat.

After losing Kemba Walker to the free agency over the summer, it looked as though the Charlotte Hornets started rebuilding, even if management termed it as a “transition.” Past the halfway mark of the NBA season, it’s now clear that rebuilding and giving time to youth is the primary aim, and yet the team is within a sniff of making it to the playoffs this season.

It’s a bit of a long shot, but with the Hornets sitting at .341 and .450 being enough to clinch a playoff place at the time of writing, a good run of games could result in success. After that, however, the Hornets are still way out at +30,000 to claim the NBA Championship – which is understandable.

Panthers may now have to go into a rebuild

It was a rough 2019 season for the Carolina Panthers, first losing Cam Newton to then go on to finish the season 5-11. Early on after Newton’s injury, the team played well, but by the end of the season, it appeared to be little more than a mirage. If the sacking of Ron Rivera wasn’t the start, Luke Kuechly’s sudden retirement should be the beginning of a Panthers rebuild.

Newton and Greg Olsen look set to leave the team in the offseason, but with top young stars like Christian McCaffrey and Shaq Thompson on the team, there are some solid pieces to build around. The additional incentive is that the NFC is a strong conference right now.

Not only is the New Orleans Saints in the NFC South, but the San Francisco 49ers and Green Bay Packers both went 13-3 and are +135 and +650 to win the Super Bowl in the football betting at Space Casino, respectively. On top of those goliaths, there are also the Seattle Seahawks, Los Angeles Rams, Minnesota Vikings, Philadelphia Eagles, and Dallas Cowboys looking to dictate the conference over the next season or two. As such, now might be the perfect time to commence a rebuild and invest in bringing in some top-class prospects.

The ‘Bunch of Jerks’ might just do it again

Last season’s hockey in North Carolina was almost too good to be true. Spurred on by the Don Cherry-gifted ‘Bunch of Jerks’ moniker, the Carolina Hurricanes surged to the Conference Finals of the playoffs last season. Led by young stars Andrei Svechnikov, Teuvo Teravainen, the recently injured Dougie Hamilton, Sebastian Aho, Martin Necas, and Jaccob Slavin, the Canes are exciting and are winning games.

Quite possibly the most surprising aspect of the season which has seen the Hurricanes flirt with the divisional playoff places this season, is the goaltending. Two perpetually back-up grade goaltenders in Petr Mrazek and James Reimer are both putting up starter-worthy stats, with the Czech building on his strong first season as a Cane in 2018/19.

The Hurricanes have it them to claim a divisional playoff spot this season and are the favorites to claim a wild card place again. After their surging run through the playoffs last season, the Canes are at +1600 to win the Stanley Cup this season. Given how young the roster is, this is quite an incredible amount of backing from the experts.

While the Hornets and Panthers look to be building for the future throughout 2020, the young Hurricanes might just have a shot at Stanley Cup glory this year.