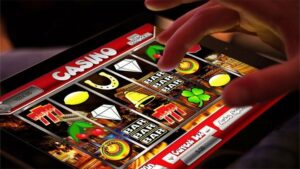 Online roulette is one of the most popular casino games nowadays. It can be found on the majority of casino websites. The game has been around for decades and continues to evolve as time passes. However, do you know how and where the game was invented? That’s exactly what we are going to discuss down below.

Before we talk more about the history, you might want to know where to play some roulette games. There are a bunch of online casinos where you can do so. Feel free to check out some of the reviews here – Onlinecasinobg.bg, so you can choose the best possible option.

Who is the inventor?

Have you heard of Blaise Pascal? Well, if not, he was a French scientist and mathematician who developed a special machine. The one that could function without any external energy. However, that is something that is not possible. Pascal was unable to do that but he managed to create one of the most exciting casino games.

According to some other sources, roulette was first played in France, at the end of the 18th century. Did you know that roulette in French means small wheel? For that reason, some people believe that the origin of the game is in France. Earlier, roulette games included both a single and double zero.

Is it from China?

Others believe that roulette is based on an old Chinese board game. Here, 37 animal miniatures are arranged into a magic square with numbers totaling 666. Dominican monks were the first ones to find the game. They eventually took it to Europe with minor alterations.

Sadly, we don’t have the exact information on how this game was played. Therefore, it is pretty hard to determine whether this story is true or not. Because of lack of information, we prefer to not believe to it.

At the end of the 1700s, New Orleans had established itself as the United States’ gambling center. Owing to French immigration, playing roulette games swiftly became one of Louisiana’s most popular activities. However, tables back then were not like what you see now. Instead of 38 numbers, the roulette wheel features 28 numbers, two zeros, and an American Eagle emblem. The last symbol gave a whopping house edge of 12.9%.

Because the extra zero provides the house a stronger edge, many prefer the European version over the American roulette games version.

Roulette moving in an online space

The first online gambling destination appeared in 1996. There were different types of casino games available back then. The list included some slot machines and blackjack tables. It took some time for roulette to catch on, but once people found how enjoyable it was, it became quite popular.

As you know, playing casino games from the comfort of your home is way more comfortable. Additionally, gamblers were no longer limited to one sort of roulette. They could choose from different types such as French, European, or American. Nowadays, you may play as though you’re in any corner of the world that interests you.

We’ve gone a long way since a scientist attempted to create a special perpetual machine. Roulette players may now place bets using different devices. Whether you own an iPad, iPhone, or PC, it is possible to launch your favorite game anytime.

However, many roulette players still seek the sort of personal connection that typical internet casinos can’t provide. As a result, a lot of online casinos now have professional live dealers.

Instead of using computer-generated images, a live dealer spins a real wheel via camera. The best online casinos feature live dealers from real casino buildings. For now, it is the closest you can get to really being at a casino.

Now that you know some things about the history of roulette, you can play it with more confidence. It is purely a game of chance with no special ways to win. However, watching the wheel spin has a certain allure that few other casino games can match.

All in all, Roulette has witnessed quite a long history. Thankfully, it still remains one of the best casino games, and it is now more accessible than it has ever been.