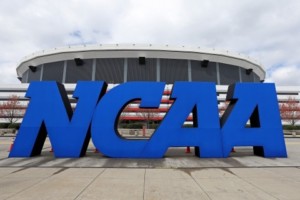 Every time a new college football and basketball season begins, a common question is asked. Should the NCAA pay its athletes? It’s a question that draws mixed reactions throughout the country. And for as long as the NCAA makes millions and fails to pay players, it will continue to be asked. Check out MoneyBrighter.com to learn how to start an LLC in 6 simpler steps.

In this article, though, we delve deeper to find out how much money the NCAA makes and how it’s spent.

The NCAA made a huge milestone in 2017 after earning $1.06 billion in revenue for the first time in its existence. More than two-thirds of the money ($761 million) came from men’s college basketball tournaments. That figure would later rise to over $869 in the 2017/18 season.

In the 2016/17 season, the NCAA also made $60 million through marketing endorsements and nearly $130 million from tickets. Although the total income crossed the one billion mark, it paid back over half of the money to colleges.

More than 1,100 institutions allow their students to participate in the 24 sports and three divisions the NCAA runs. In return, the college athletic association paid the institutions $200 million to invest in their sports programs.

The best-performing colleges also got rewarded with $160.5 million shared based on each team’s performance. The remaining chunk went to lawsuit settlements ($209 million) and injuries incurred while participating in NCAA tournaments ($70 million).

Last season’s March Madness recorded a 37% decline in viewership. Nonetheless, the brackets are still the biggest source of NCAA revenues, with an estimated income of $900 million. Most of the money came from TV rights signed with Turner Broadcasting and CBS Sports.

The two sports networks paid the NCAA $10.8 billion to broadcast all college sports event throughout the country for 14 years. In 2016, they again extended their contracts for more eight years having paid the NCAA an additional $8.8 billion.

In the 2018/19 season, the NCAA invited 68 teams to participate in March Madness. All the teams shared $220 million paid out by the college athletic association. Conferences also earned a portion of the money.

The NCAA pays conferences $1.7 million for each game played during March Madness. That means any team that makes it to finals earns their conference at least $8.3 million.

To small brackets that make their way to the final four, generating their colleges over $5 million can boost them significantly. In fact, some colleges make over 70% of their income from sports tournaments through March Madness. But for the major conferences, college basketball money is only a small percentage of what they generate.

Now that online sport betting is legal in multiple US states, America is experiencing a betting explosion. About 47 million people wagered $8.5 billion in March according to a recent report by the American Gaming Association.

Don’t get it wrong. Americans have always gambled on sports. In fact, the Super Bowl has always attracted millions of dollars in bets each year for the past two decades. The AGA report also showed that nearly $4 billion of its $8.5 billion estimates came from bets wagered on foreign betting websites.

That means Americans are not yet convinced that they should try the now legally operating gambling websites. If you are one of 47 million frequent bettors, you should probably consider using betting sites licensed to work in the US.

They are safer, provide hundreds of betting markets and often offer better customer support. But before you bet, compare betting odds for NCAA games. You can earn more profits when you wager on a bookie offering the best odds.

The Battle between Schools and Conferences

People who argue against paying college athletes occasionally point out that not all schools benefit from NCAA money. And true, some conferences use up payments from the NCAA to cover operational costs. That means they send nothing to the schools sponsoring athletes, in turn making it impossible for schools to pay athletes.

You could argue the NCAA could make an effort to ensure all institutions get a piece of its mega revenues. But then again, the college athletic body claims it spends 96% of its income back to conferences and schools.

With that in mind, some conferences and colleges earn significant amounts of cash and some who sponsor their athletes to NCAA games but earn nothing in the end. Of course, the NCAA uses a performance-based model to make payouts. So, there’s always a chance to earn more money by investing in quality athletes and better sports programs.

Athletes versus the NCAA

Starting in 2023, college athletes in California will be able to hire agents and make endorsement deals with brands throughout America. Most professional athletes believe it’s an important milestone in helping college players earn from their talents.

Predictably, the NCAA opposed California’s move. The NCAA believes an efforts to help college athletes make money off their talents could upend the amateur nature of college sports. Governor Gavin Newsom also believes more states, including New York, Florida, and South Carolina could be headed in a similar direction.

Although the new rules will apply to all sports played in college, most of the money comes from football and basketball. The laws will also protect players from being punished by their colleges in case they earn endorsements. However, community colleges won’t benefit from the policy.

The National College Athletic Association now makes over $1 billion yearly. But as it admits, it pays back 96% of the money to conferences and schools. The well-known conferences earn the biggest chunk of the cash, with Louisville and the University of Arizona making more than $40 million last year. The small colleges make much less money, and they spend it all in their sports programs.