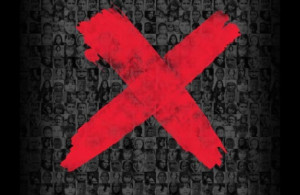 Your Facebook feed is about to be overtaken by giant red Xs today. Millions of people, including members of Congress and celebrities, have already changed their profile picture to include the symbol for the End It Movement’s “Shine A Light On Slavery” Day.

The movement is all about raising awareness for modern-day slavery and human trafficking – a movement that’s been running for 5 years now. Two years ago, congress introduced legislation to specifically address the issue, called the End Modern Slavery Initiative Act, citing that “More than 27 million people, many of them women and children, suffer under forced labor and sexual servitude in over 165 countries around the world, including our own,” according to the bill, that figure is higher than at any other time in the world’s history.

Here in Charlotte, several organizations are fighting back, including the Justice Ministries, and Redeeming Joy.

This video produced by The National Geographic gives a raw look at the Human Trafficking problem in Charlotte, and how some women are rescued;

If you want to help build awareness today, you can go to the End It Movement website, where you’ll find downloadable resources, including red Xs that you can upload to your Facebook, Instagram, and Twitter profiles. You can also mark a red X on your hand, snap a photo, and upload it to all your social media outlets. Today’s official hashtags include #EndSlaveryAct and #EndItMovement.

Social media photo changes certainly aren’t the solution to human trafficking, but the more awareness we can build, the more people will take action to help stop this horrific trend.