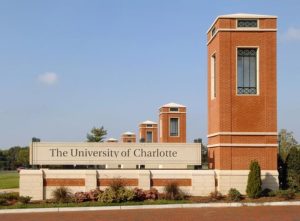 The movement is actually decades old, but it’s now gaining some real traction among both students and faculty.

Leaders of the movement recently started a Change.org petition, which has already gathered over 2,500 signatures.

The petition notes that the UNCC title has become confusing, especially for those outside the Charlotte region. They argue that many people, “do not understand that UNC Charlotte is not a satellite or branch campus of UNC-Chapel Hill or “UNC” (whether UNC refers to UNC-Chapel Hill or the UNC System writ-large),” adding that, “While each university operates under the umbrella of the UNC Board of Governors and shares a common funding source from the North Carolina General Assembly, in fact, each of the sixteen public universities in North Carolina is an independent institution. This means that each university has its own board of trustees, executive leadership structure, faculty, and athletics department—whether its name contains “UNC” or not.

The movement also has their own Facebook page, where they often post occasions where organizations use a variety of wrong names for UNCC;

According to school officials, changing the name from UNC Charlotte to University of Charlotte (or any other variation) would require the approval from the University’s Board of Trustees as well as the UNC System Board of Governors.

The university’s Student Government Association is currently scheduled to poll students on an official name change this coming spring election.

What are your thoughts on an official name change for UNCC?