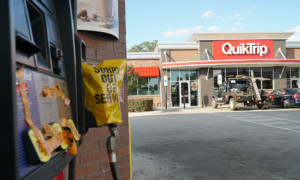 North Carolina Governor Cooper has just declared a temporary state of emergency for the state of North Carolina after Hurricane Harvey shut down major gas pipelines coming out of Texas.

The temporary state of emergency was declared through Executive Order No. 19, which essentially waved the cap on maximum hours of service restrictions for fuel vehicles traveling in and through North Carolina – helping to maintain a steady supply of gas to our state.

“Hurricane Harvey’s damage to refineries in Texas and Louisiana could ripple throughout the southeast, causing gasoline shortages and rising prices,” Governor Cooper commented. “I’m taking action to make it easier to get gasoline into our state so North Carolinians who need gas can get it.”

“Our thoughts and prayers are with those suffering from Harvey and its aftermath, and North Carolina is doing everything we can to help,” said Governor Cooper. “This executive order will help essential supplies get to flood victims as soon as possible, while also keeping fuel flowing here in North Carolina.”

The executive order also mandates a price gouging law against overcharging for the next 45 days.

North Carolina Attorney General Josh Stein released a statement saying that his office will heavily pursue claims of price gouging in the state.

“If you see suspiciously high gas prices, it could mean that gas stations are taking advantage of their customers,” noted Attorney General Stein. “I want to know about it. My top priority is protecting North Carolinians – including their wallets. Taking advantage of people during a weather crisis would be unacceptable, and I will hold any offenders accountable.”

If you spot any gas price gouging in our state, you can report it to our Josh Stein’s office by visiting ncdoj.gov or calling 1-877-5-NO-SCAM.