They announced the new promotion earlier this week on their Facebook page; 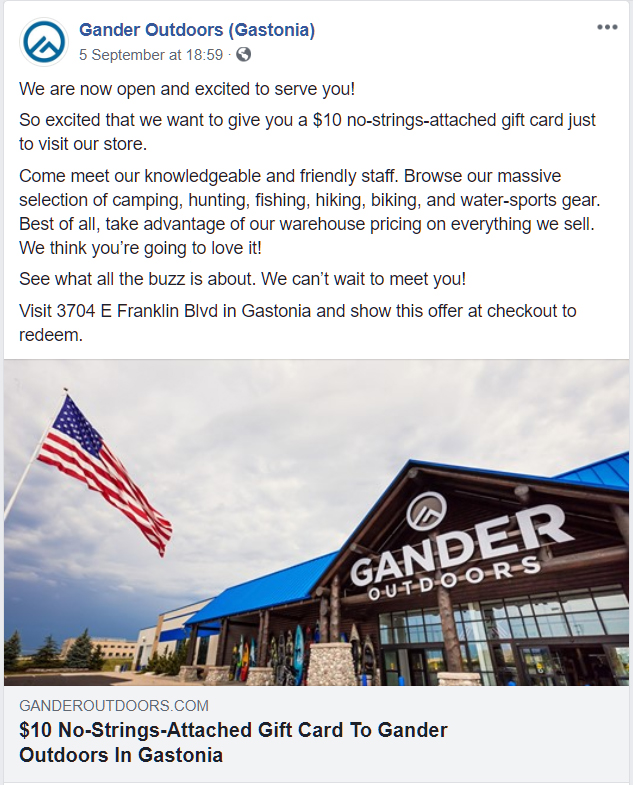 Here is their ‘no-strings-attached’ gift card that can either be downloaded and printed or shown directly to the cashier on your phone or tablet; 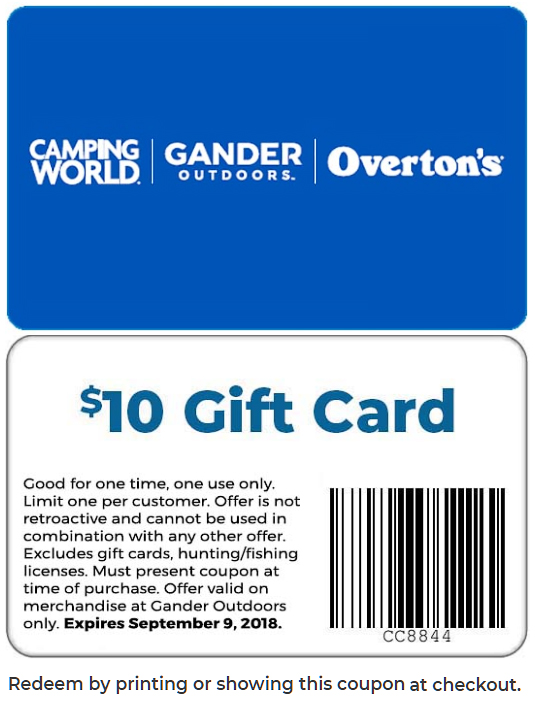 Last year, Gander Mountain filed for Chapter 11 bankruptcy, and one month later, Marcus Lemonis, the star of CNBC’s hit show ‘The Profit’, purchased the entire company and all of its assets and stores.

Marcus has since been relaunching the brand under the new name, ‘Gander Outdoors’, including 3 Charlotte area stores in Mooresville (236 Norman Station Blvd.), Gastonia (3704 E Franklin Blvd), and Monroe (3151 W Hwy 74).

According to their press release, the new stores will bring more than 170 jobs to the area.

“It was important to me to bring the Gander Outdoors back to the wonderful community of Charlotte because the employees were top notch and the store was a great performer serving the outdoor enthusiast community,” said Marcus Lemonis. “In addition to the Charlotte locations, we are currently pursuing other locations for reopening and expansion.”

Have you been to any of the new Gander Outdoors stores yet?