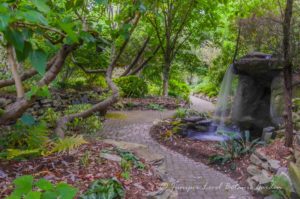 “The Gardening boom of 2020 continues prominently into 2021,” said Tony Avent, founder and proprietor of Juniper Level Botanic Garden and Plant Delights Nursery in Raleigh. “Last year, the boom really started with the existing gardeners. Then, the longer COVID went on, we began to see more orders from Gen Xers and millennials. We continue to see an amazing number of even younger gardeners in 2021. Some don’t own their house and are looking for things they can grow indoors. The house plant craze is insane.

“There is also an almost unprecedented plant shortage, especially for long-production time plants like trees and shrubs. In many box stores, where 60 percent of Americans buy their plants, there’s a major shortage. Retailers that do not propagate plants are struggling to get a wide range of plants to sell. We are very fortunate because we propagate most things here, but it’s still tough for us to keep up with demand.”
Juniper Level Botanic Garden, a gift to NC State University, will open two weekends this summer for public viewing and plant purchases (July 16-18 and July 23-25). There is no entry fee, and hours are 8AM-5PM Friday and Saturday and 1-5PM Sunday. GPS directions, 9241 Sauls Road, Raleigh.

“We’ll be giving away pads of prickly pear cactus to our visitors at our Summer Open Garden,” said Avent. “I’ve always been fascinated with cactus, so we decided to see how many we could grow. We now have over 150 different kinds of prickly pear cactus ­– probably the largest collection in the world. Since we reign them in annually, we’re giving cactus pads to our visitors. You can plant them at home and enjoy the North American native prickly pear cactus. The flower colors range the spectrum of the rainbow, and the cactus is edible. Native Indians have used this cactus as a food crop for years. 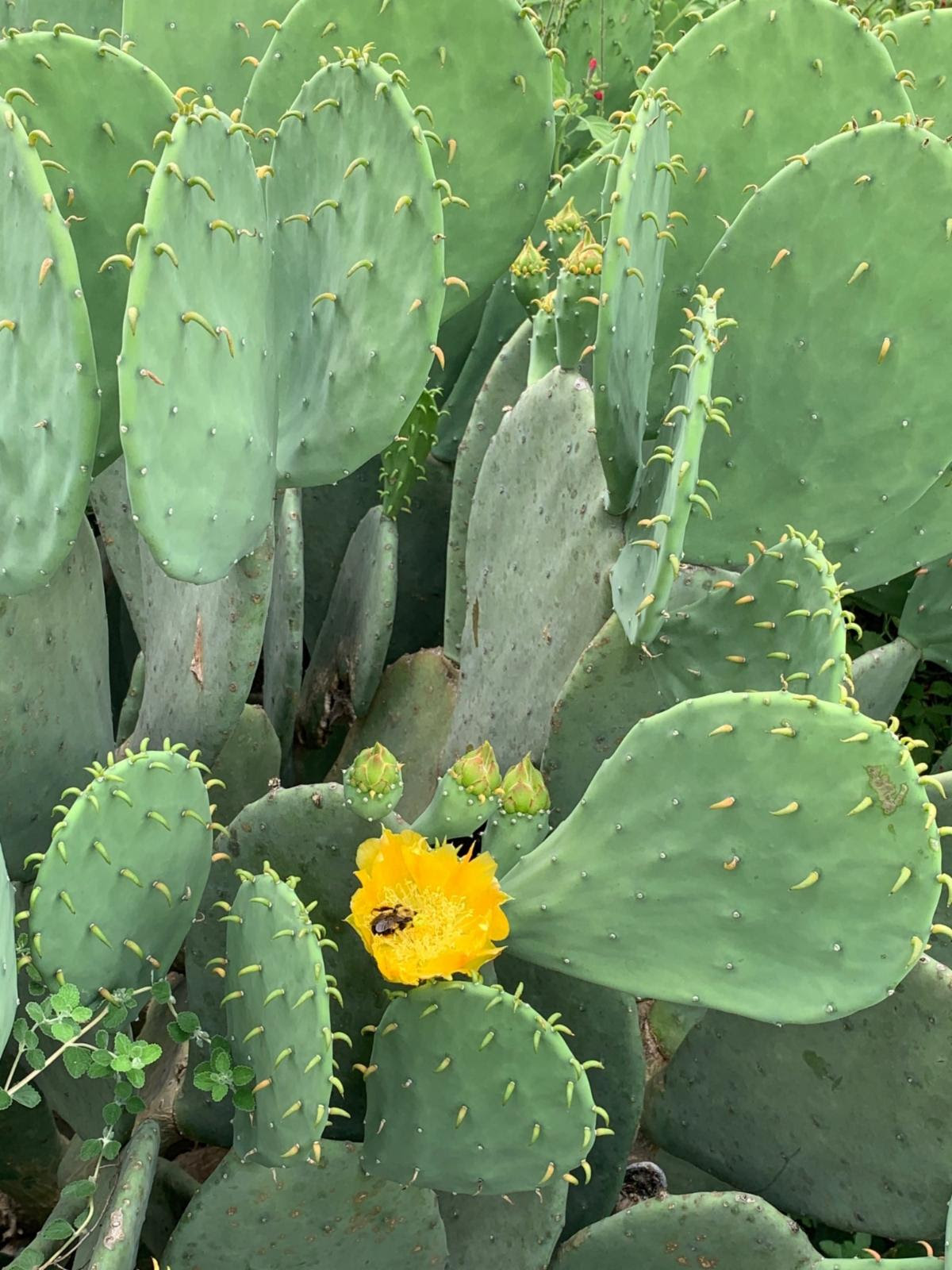 “Young homeowners are really into the environment and understand the benefit of planting an abundance of diverse plants, while the older generation focused much more on functionality in the garden. The younger people are much more into sustainable gardening, seeking better living without chemicals in the garden. The previous generation was ingrained with the “better living through chemicals” mantra.
“It’s funny, our generation, the Boomers, were generally afraid of insects and brought up that insects were bad. But the younger generations have been taught that insects are really an important part of nature – the more insects you have, the more nature you can bring into your garden and the healthier the whole environment will be. It’s a neat transition to watch.
“Adults and children are invited to come to the Open Garden Days and learn more about insects from our entomologist Bill Reynolds. Bill used to be with the Museum of Natural Science; he’s down to earth, loves nature, and enjoys talking with children. Bill’s an insect collector who’s also an expert on cicadas, which are very much in the news. Bill told me something I didn’t know. ‘Cicadas are the only insect that sweats’. You and your children can learn a lot from Bill.
“We hope that by visiting Juniper Level Botanic Garden people will learn to look at the outside of their homes the same way they view the interior of the house. Garden designers have known this for years, but that’s a new concept for many people. There’s so much going on outside. Get outdoors, get into nature, and create special spaces to have birds, bees, frogs, and cool things you’re not going to have inside your home.
“It’s also imperative that humans don their citizen scientist hats and help preserve plants in their gardens. Plants are going extinct at a pretty incredible rate, and sadly, some people want to hoard them or replant them where they’ve already gone extinct. We’re the opposite. If you want to preserve a plant, plant it, propagate it and share it.
“As soon as we have sufficient funds in our Operational Endowment foundation at NC State University, Juniper Level Botanic Garden will open to the public year-round in perpetuity. But, unfortunately, COVID put a damper on our fundraising over the past 18-months. It’s hard to go ask somebody for large sums of money with a mask on. Actually, it’s rather tacky. So now that we’re unmasked, we’re hoping to get back onto some more significant fundraisers. But, if we could get a million people to donate $17 each, we’re there. We’re open. That’s all it takes,” said Avent.

Fundraising efforts for Juniper Level Botanic Garden (tax ID 56-6000756) operate under the auspices of The Endowment Fund of North Carolina State University, a 501(c)3 non-profit. Donors receive an official receipt for contributions to the fund.