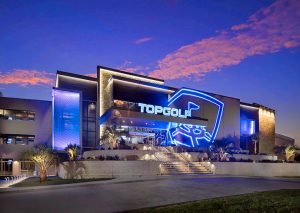 Topgolf International Inc. is continuing to make steady progress on their $4.4 million, 14-acre site near the Whitehall complex (that place with the giant spinning head fountain) in the Steele Creek area of South Charlotte.

Construction started in August and the complex now has a soft opening anticipated for early 2017.

“We needed a super-regional facility and by that I mean something with highway access and large trip counts,” commented development manager Ted Heilbron.

Heilbron said the company has been looking at moving into Charlotte for two years.

The new complex will mean 480 new jobs and a $30 million paycheck to Mecklenburg County in taxes over 20 years.