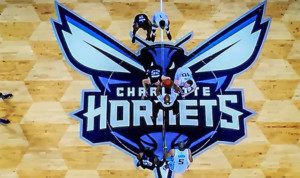 The list of candidates for the Charlotte Hornets’ bench continues to grow. After the firing of James Borrego, who had held the spot since 2018, the number of possible options and new names added on the list of suitors has never stopped increasing in size. Now, it’s former Indiana Pacers, Orlando Magic and Los Angeles Lakers head coach who joined the list of runners to ply their trade in Charlotte.

Unfortunately for James Borrego, his project did not convince the owners, which made him the big piece to replace. However, there’s still no clarity regarding who will be the next choice, as other names like those of Kenny Atkinson, Darvin Ham, Charles Lee, David Vanterpool and others have been thrown into the hat. Get the latest information on the Charlotte Hornets so you can play here like an expert when the season starts.

In the case of Vogel, defense is expected to improve, as it is one of the keys to his style. His tough style was paramount to the Pacers team that reached the Eastern Conference Finals in 2013-14, and Vogel’s mastery of the art of defense was proven once again when the structure proposed by the coach led the Los Angeles Lakers to win the ring in the 2020 NBA Finals.

Vogel was sacked by the Lakers in April after he failed to lead the team to a PlayOffs spot. “This is an incredibly difficult decision to make, but we believe it is necessary at this time,” Lakers general manager Rob Pelinka said in a statement. The Los Angeles team finished the 2021-2022 campaign in 11th place in the Western Conference, missing the postseason with a terrible record of 33 wins and 49 losses. However, Vogel’s work was praised by the NBA’s biggest star, LeBron James. When asked about the New Jersey-born coach, James said he had “nothing but respect” for his former boss.

Regarding the other candidates to take the Charlotte Hornets’ head coaching position, Charles Lee has been an assistant to Mike Budenholzer since 2018 after previously spending time with the Atlanta Hawks (2014-18) and Bucknell University (2012-14) also as an assistant. In the case of Vanterpool, he has been on the bench for CSKA Moscow (2007-10); Portland Trail Blazers (2012-19); Minnesota Timberwolves (2019-20) and the aforementioned Brooklyn Nets (2021-current).

When it comes to the Hornets, it’s worth wondering whether Vogel, while a terrific coach, will be the right choice for the job. Charlotte has a group of young players that has already been about to make the jump to the playoffs this year, finishing 10th in the Eastern Conference, with a record of 43 wins and 39 losses. With LaMelo Ball at the helm and others like Miles Bridges accompanying him, no matter who gets to the bench, the only goal will be to be a postseason team, but perhaps a more offensive coach could get something better from the young players. No matter who their choice will be, it’s clear that Charlotte has an interesting team that has gathered plenty of interest, and one that any coach would like to try and shape in their style.