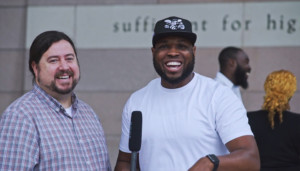 Forbes recently released a new report ranking the top 10 cities in America where “African-Americans Are Doing The Best Economically”.

To come up with the rankings, Forbes evaluated America’s 53 largest metropolitan statistical areas based on each city’s African-American: home ownership rate as of 2016; entrepreneurship, as measured by the self-employment rate in 2017; 2016 median household income; and demographic trends, measuring the change in the African-American population from 2010 to 2016 in these metro areas, to judge how the community is “voting with its feet.” Each factor was given equal weight.

The Queen City was ranked as the 6th best city in America where African Americans are prospering, with the following stats;

Charlotte came in just ahead of San Antonio (#7) and just behind Raleigh (#5). Atlanta and Washington DC are both tied for #1.