The Federal Aviation Administration (FAA) has released a nationwide transportation noise map that shows exactly how much noise people are exposed to from airports and highways around the country.

The new map system includes a full zoom-able map of all traffic noise patterns in the United States:

Here is what the traffic noise in Charlotte looks like: 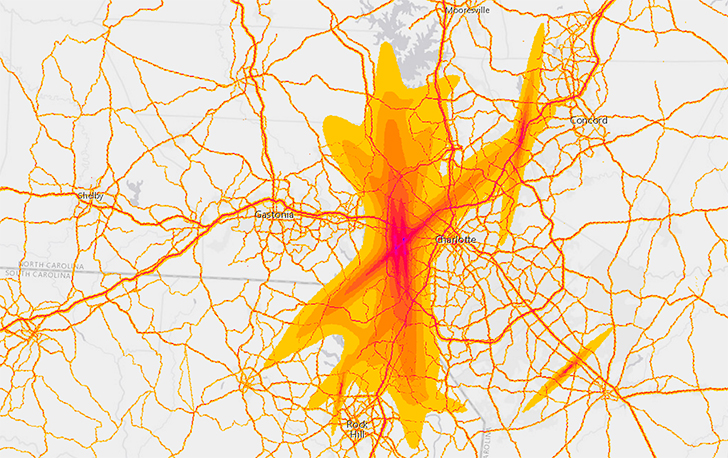 As you can see from the map of the Charlotte area, most of the noise is focused around two ovals forming an X over the Charlotte Douglas Airport.

Charlotte’s main airport is now the America’s fifth busiest airport based on takeoffs and landings, currently with over 700 daily flights.

Do you hear any airplane noise where you live? How loud do you think it is?