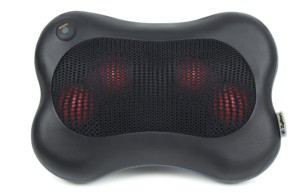 There are lots of things that attract people to working as a personal protection officer For many, it is a desire to help celebrities and important individuals and ensure they are kept safe at all times. It can also be very well paid.

Whether you need to communicate with other personal protection officers in your team, a two-way radio is a tried and tested communications method that has long been popular with close protection personnel around the globe, and with good reason. Two-way radios are simple to operate and unlike smartphones, they are not dependent upon the availability of a mobile network to function.

Two-way radios only work over relatively short distances, but they should provide an adequate range to enable communications between personal protection officers at opposite ends of a public space. There is also essentially no delay between one person speaking into the radio and their receiver being able to hear it. This makes the two-way radio suitable for summoning assistance in an emergency.

Smartphones today are like digital Swiss Army knives. A two-way radio will serve any personal protection officers communications needs just fine, but there are some things that require a little more horsepower under the hood, so to speak. Smartphones today will almost certainly have a bright and powerful torch built into it, and most also have the ability to take photos and videos, both of which can prove vital in certain situations.

Although most smartphones have flashlights, it is still a good idea to carry a dedicated flashlight with you. For one thing, you don’t want to be left in the dark just because your smartphone battery has depleted. Another consideration is that there are some situations where you just don’t want to get your phone out, such as during severely bad weather.

If you need to escort your client somewhere dark, a flashlight is much easier to wield than a smartphone. A flashlight is also significantly less likely to break should you drop it during a scuffle.

No one wants to be faced with the threats of a firearm while at work, but for personal protection officers responsible for protecting high-profile individuals, this is a risk. A good quality ballistic vest can stop a small-caliber bullet in its tracks. Even in cases where body armor is not able to completely stop a bullet, it can still reduce its speed enough to minimize the damage it causes.

You can buy body armor much more easily and readily than many people realize. Depending on where you work as a personal protection officer, the risk of facing a firearm can be relatively large or relatively small. A ballistic vest is not uncomfortable to wear; nor are they too heavy. If you are concerned about the possibility of being shot at, it is a worthwhile investment.

Why Shopping Online for Your Hobby Is Better 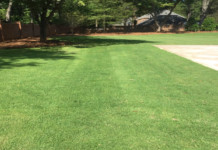 Your Guide to Hiring a Lawn Care Company in Charlotte