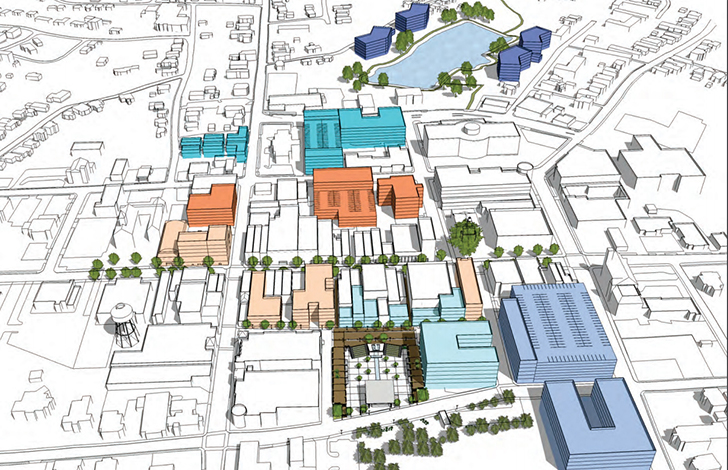 The City of Concord is finalizing the plans for a public/private partnership to redevelop several sections of downtown Concord. The entire project will cost the city $29 million, and they’re hoping to attract an additional $165 million in private funding.

The plan has been in the works since 2008 and the city is just now reaching the final stages of market analysis, design submissions, and public hearings.

In the plans most recent meeting, Concord Mayor Scott Padgett noted, “We can all remember when Concord and most downtowns were dead; they just hadn’t been declared dead, but they were. Now we’ve got so much going on. I honestly think our best days are ahead of us with some of the projects that I know you already know about. It’s been very good, and things are changing a lot. Whether it will look like this or sort of like this or nothing like this, I just want to emphasize that we have made no decision about this.”

You can find out more about what the new plan includes, as well as the purpose for the new development here on DesignConcordNC.com

What do you think about the new development plan?