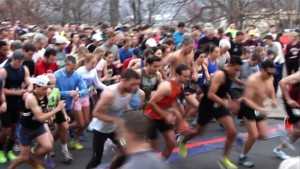 Sports fans across the United Kingdom celebrated the Great Scottish Run as an incredible success. It was an event with everything far surpassing the expectations and even the hopes of organisers, volunteers, athletes, fans and officials. It’s been a difficult few years for Scottish sport. The various lockdowns imposed by a trigger-happy government in Edinburgh cost millions of pounds worth of damage to the industry and potentially harmed the nation’s top runners. So, everyone agreed that it was good to be back.

The race weekend in Glasgow had everything fans of distance running could have asked for. The jewel in the crown – certainly in the eyes of the natives who turned out in force to cheer on their favourite – was the return of Eilish McColgan. The popular Scot has spent the year cleaning up at major events, and her performance at the Commonwealth Games in England made her the poster girl for sports north of the border.

Team Scotland performed well in Birmingham, posting their best effort since hosting the Commonwealths in 2014. But there was no denying who the star of the show was after McColgan won to upset traders working at the best online betting sites. The firms that had been stung by her heroics south of the border weren’t in a rush to oppose her this time. Having had their fingers burnt, they knew to afford the Dundee lass more respect.

The 31-year-old McColgan from Dundee confirmed her attendance in the Great Scottish Run 10k, much to the delight of the public. During her preparation, there were rumours Eilish was showing some of the best form of her career, and a homecoming race would fall at exactly the right time. Few expected her to lose the 10k race, with those close to the star suggesting a new record could be in the making. And they were correct. Well, almost.

The Great Scottish Run in Glasgow was everything we had hoped for – and then some. McColgan did as expected, putting on a show to the delight of her hardy band of followers who had come out in support, facing the harsh Autumn weather in Scotland’s largest city. And they got their rewards, with Eilish winning the 10k in the kind of fearless fashion we have come to expect from her in the big events.

She was the pre-race favourite to win the race and managed it without encountering too many distractions. She had set herself the challenge of beating her 10k record and achieved it with a time of 30 minutes and 18 seconds. That’s a whole second off her previous record. Beating the British and European records is one thing, but beating her times in the process, securing her dominance over her rivals, was the icing on the cake. But then Glasgow’s delight turned to distance running’s disaster.

News broke this week that there had been a blunder in the distance of the races, including that 10k. The course was confirmed as being 150 metres short, confirming the suspicions of some eagled-eyed spectators and rule-makers. That sucked the enthusiasm out of those who had offered their congratulations to Eilish, including the world’s media. Much discussion followed the findings with talk of what would become of the race’s results and, of course, that stunning record-breaking time.

Officials do the right thing

Race officials and organisers had no choice but to scrap the results, making the race times null and void, much to the despair of Eilish, who had worked so hard. Would she have still broken the record if the 150 metres had been added as it was supposed to? We’ll never get an answer to that, unfortunately. It’s the one that got away for McColgan, but her character and determination will ensure she’ll be back stronger, faster and more determined next year.

What does it mean for the Great Scottish Run? It could have done without the bad press ruining what had been such a spectacular and enjoyable event. But they deserve credit for doing the right thing, flagging their concerns to the official bodies and going through the proper channels to put a line through the record. Sometimes, being right comes at the expense of being popular.