North Carolina’s highly contested 9th District Congressional Race is heading for a new general election after Dan Bishop was declared the winner of yesterday’s Republican primary. A Democratic primary was not held as Dan McCready was uncontested.

The re-do election for the 9th district was announced this past February after The North Carolina State Board of Elections investigated voter fraud due to falsified absentee ballots.

Now, just one day after the Republican candidate was announced, the insults are already flying.

On Dan Bishop’s public Facebook page, his new header video shows him walking through a number of blow-up dolls with Democratic leader’s faces on them (at one point, the camera zooms in on one of the dolls with McCready’s face on it), in the video, Bishop calls his opponents “crazy liberal clowns”;

In a more private manner, Dan McCready sent a letter to his supporters this morning, saying that Dan Bishop “wants to take his extreme far-right agenda to Washington…” 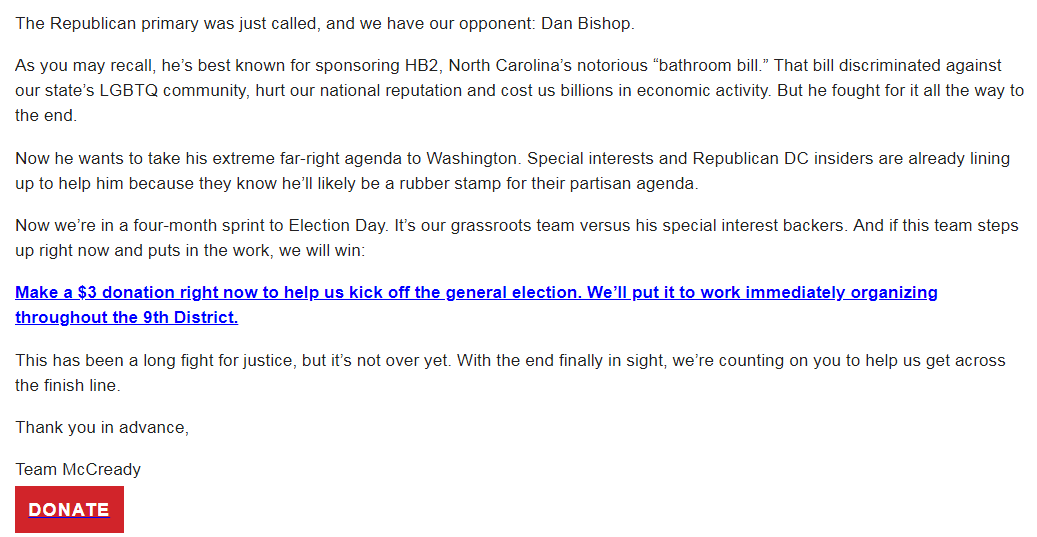 Do you live in the 9th district?

Who will you be voting for this September?