CMPD officials are asking for the public’s help in identifying a sexual assault and carjacking suspect from an incident that occurred this past weekend in West Charlotte.

According to the official statement, “the 22-year-old female victim advised that she was using an ATM in the 1600 block of Woodlawn Road when she was approached by an unknown male. The suspect forced his way into her vehicle with a weapon, drove to another location and attempted to sexually assault the victim.

The suspect is described as a black male, approximately 5’10”, and was last seen wearing jeans, a two-tone jacket. (possibly gray and white), black and white shoes, black hat and a gray mask covering his nose and mouth.

The suspect may be in possession of the victim’s vehicle, a 2009 Hyundai Sonata with South Carolina tag PEJ-947.”

Detectives with the Charlotte-Mecklenburg Police Department’s Sexual Assault Unit are requesting the public’s assistance in providing information that will assist them in identifying the suspect involved in a carjacking and sexual assault that occurred in the Westover Division. pic.twitter.com/zTtFkmiQyk

Police sent out an update on Saturday, saying

On November 17, 2018, Westover Division Officers located the 2009 Hyundai Sonata with South Carolina tag PEJ-947 unoccupied. Detectives continue to ask for the public’s assistance in identifying the suspect involved in this case. pic.twitter.com/xFMFyCgb5c

and again yesterday with even more information about the suspect;

During the course of the investigation, Sexual Assault Unit Detectives gathered additional surveillance video and are continuing to ask assistance in identifying the suspect in this case. Anyone with information is asked to call @CLTCrimeStopper at 704-334-1600 or 911. pic.twitter.com/ROdHk3jWjF 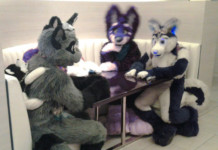 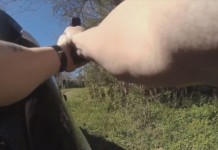 June 2, 2020
Do you have an upcoming event in the Charlotte region that you think should be on our calendar? Click here to let us know about it!