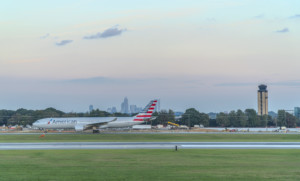 Yesterday a Charlotte Douglas Airport air traffic controller was arrested for possession of a weapon of mass destruction.

A joint FBI and CMPD investigation started last Friday when officers responded to a 911 call about a homemade explosive device in NorthWest Charlotte.

The CMPD bomb squad was deployed to a home on Minitree Ln., where they discovered a large highly volatile homemade pipe bomb;

After further investigation, detectives learned that the home was owned by 39-year-old Derrick Fells, who had initially built the bomb, and told police that he planned on using it against his neighbor. He said he then changed his mind and gave the bomb to 30-year-old Paul George Dandan, the Charlotte Douglas air traffic controller. The FAA released a statement about the arrests and noted that Dandan only had access to the offsite air traffic control tower and could not access any restricted areas around the airport terminal or ramp.