Last night, the Lowell City Council rushed through a rezoning vote to pave the way for a massive 300 acre industrial development that will drastically change the landscape of the area. According to Lowell’s city zoning ordinance, I-2 Industrial zoning differs from I-1 Industrial (light industrial), in that it allows for much higher noise, light, and air polluting facilities.

Specifically, Lowell’s UDO (Unified Development Ordinance) states that, “the I-2 district is established in order to provide sites for activities that involve major transportation terminals, and manufacturing facilities that have a greater impact on the surrounding area than industries found in the I-1 district. I-2 districts shall generally not be located adjacent to any property that is zoned for residential use”.

The proposed development also includes roughly 200 acres in the city of Gastonia, making the whole industrial complex roughly 1/3 the size of the entire city of Lowell: 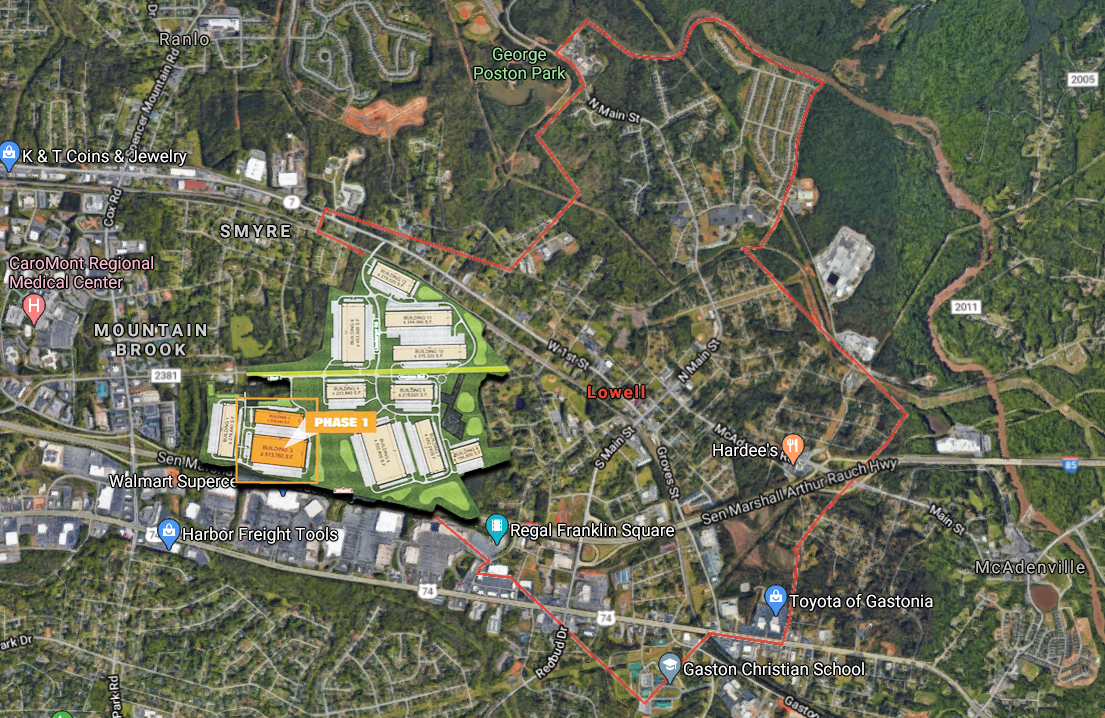 Traffic from 3.8 million square feet of industrial facilities would be funneled out through Aberdeen onto Cox Road and up Lineberger Rd onto West 1st Street: 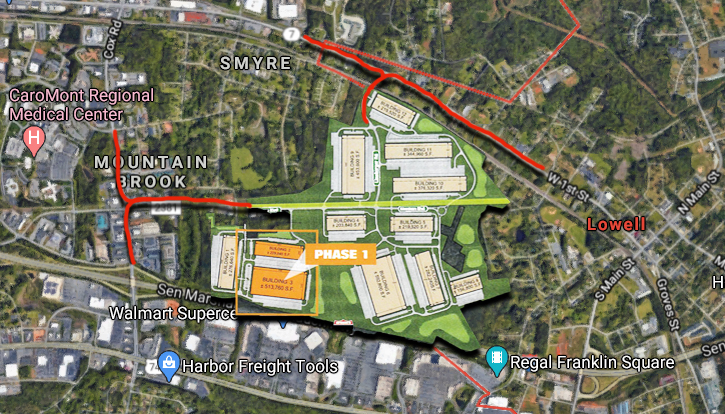 The new project is being spearheaded by Missouri-based NorthPoint Development (NPD), a large-scale developer who described themselves in their proposal as being “one of the most active owners of industrial space in the country”.

There is now an online Change.org petition to stop the industrial complex from coming to Lowell.

What are your thoughts on Lowell’s new industrial complex?