Did you know that Charlotte has a sister city in the heart of China (Baoding), that has roughly the same metro population (1.6 million)? Our relationship with Baoding allows us to transfer exchange students, ideas, technology, and resources around the world.

Ironically, it seems that Charlotte has also gleaned some interesting architectural ideas from China, and China may have done the same with Charlotte.

The Huijin Mansion in the city of Zibo (Shandong, China) looks like someone took the bank of America building and shrunk it:

Before you can get mad though, you should realize that Charlotte did the exact same thing about 4 years earlier.

The Duke Energy building (originally started by Wachovia Bank), is pretty much a mini-me version of the Shanghai World Financial Center in Shanghai, China: 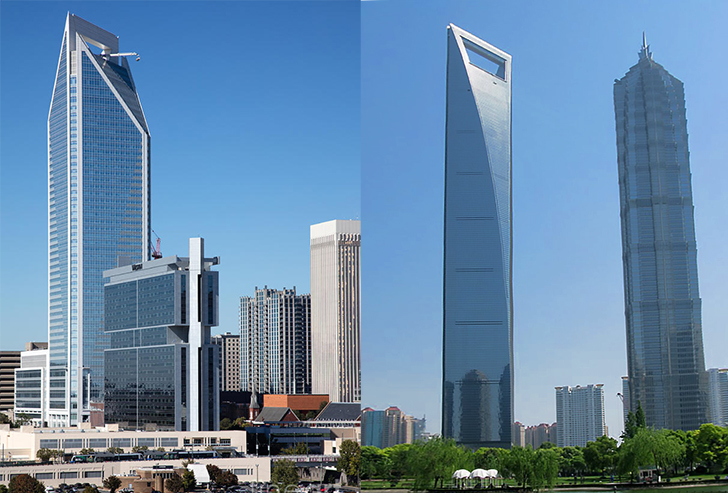 Are these mini-me buildings simple coincidences…or could there be some sort of international building shrinking conspiracy happening here?