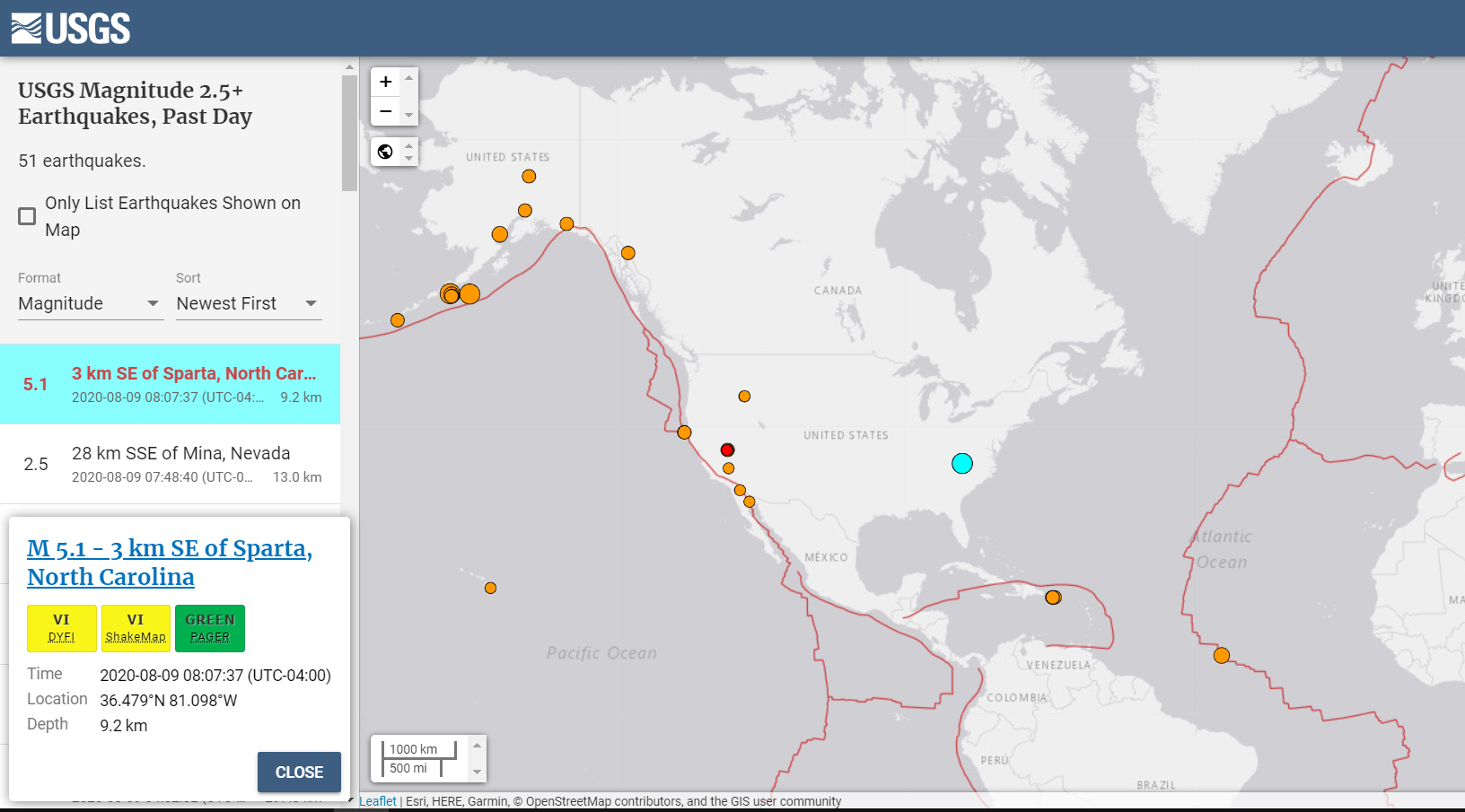 The Charlotte region was just rocked in what is now being confirmed as the largest earthquake in over 100 years. Here is the mechanism for the magnitude 5.1 #earthquake that just occurred near Sparta, N.C.. It was also felt in CLT, ATL, and even parts of TN/Ohio.

One block slipped below the other, and a bit laterally past it. pic.twitter.com/yxMc5EMxAh

According to the Ditrianum organization, there’s a possibility of an even larger quake today or tomorrow;

Some critical planetary geometry (PG) combined with a lunar peak (LG) today could trigger larger seismic activity well over 6 magnitude in the next two days. pic.twitter.com/RLSUxHjt2Z

There have now been a total of 11 earthquakes that have rocked the Sparta, NC area over the past 48 hours, ranging in magnitude from 1.7 to 5.1. Here is some of the damage caused by this morning’s historic quake: