A new report by ApartmentList.com has ranked Charlotte as having America’s 10th fastest rental rate growth among large cities.

According to their data, rents in the Queen City have inched up 0.2% over the past month and 2.5% over the past 12 months, which is just a hair shy of our state average. 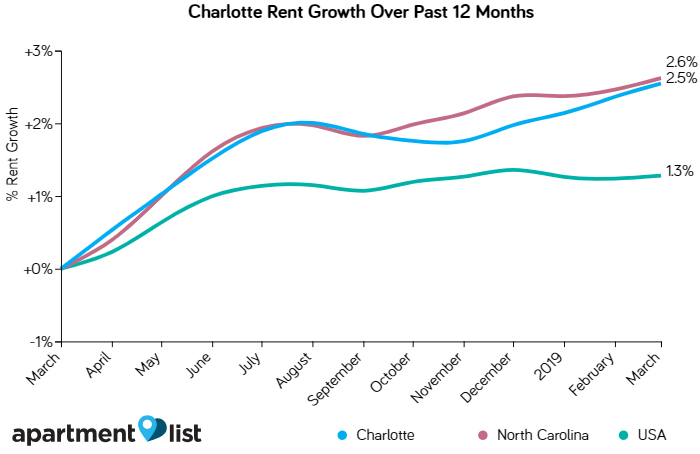 The report also notes that:

What do you think about Charlotte’s rental rates?