LendingTree just released their findings from a new study on how well residents in the top 50 U.S. metropolitan areas are spending within their means – or not.

The company analyzed the average number of credit inquiries, use of revolving credit, non-housing debt balances as a percentage of income and mortgage balances (also as a percentage of income). The study then combined these factors to create a “Spending Within Your Means Score” of 0 to 100, with a higher score designating the cities where residents are more likely to be living within their means.

Greenville, SC took the top score, despite having the second-lowest average income among the 50 cities ranked at $65,503 per household. Greensboro, NC, came in at the #2, Charlotte came in at #5, and Raleigh was ranked #10 – proving that Carolina residents are by far the wisest credit users in the country; 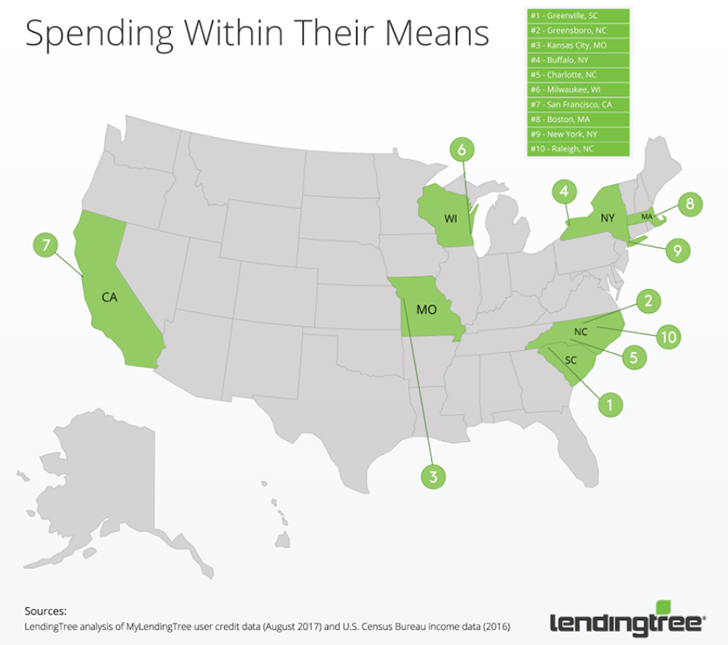 For more information on the study visit www.lendingtree.com/finance/cities-spending-within-their-means.