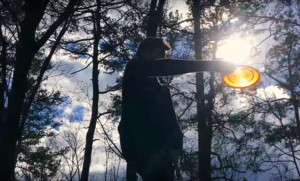 If you’ve never heard of it before, Disc Golf is a rapidly growing sport that has similar rules to regular golf, but with discs (hard frisbees) instead of balls and clubs, and baskets instead of holes.

Over the past decade, Charlotte has become the nation’s biggest hubs for the new sport. Users on both Reddit’s Disc Golf Sub and DGCourseReview.com widely consider Charlotte to be the best city for the sport. The Charlotte region is also home to the United States Disc Golf Championship, the final disc golf major of the year (think PGA Championship).

The Charlotte Disc Golf Club (CDGC) currently has over 200 official members and thousands more play on a regular basis on our 17 (and growing) public courses around the city.

Have you ever played disc golf before?

What are your thoughts of the sport?