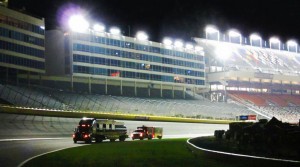 ESPN just announced that they will soon be picking the host city for their 2017 Summer X Games.

Charlotte Motor Speedway has submitted the bit for Charlotte to be that city, and has stated that they’ve been in talks with ESPN about hosting the globally televised games.

ESPN noted that they will be looking for a host city for the next two years, so whoever they pick will receive massive exposure in both 2017 and 2018.

Last year, the Summer X Games were watched in over 440 million homes in 196 countries, and gave Austin, TX an economic boost of over $102 million according to ESPN.

The Charlotte Motor Speedway has a good chance of landing the contract, considering it’s one of the largest venues in the southeast, has an abundant amount of lodging, as well as being in a city that continues to attract other national competitions (including the NBA All-Star Game, MLB AAA All-Star Game, and Grand National Curling Championship).