Weather forecasts for the Charlotte region are now predicting conditions that might finally give the Queen City a true white Christmas (snow on the ground when you look outside your window on Christmas morning).

According to Weather Underground, we could see up to a half-inch of snowfall on Thursday night, and since the highs on Friday and Saturday will both be below freezing, any snow we get should still be on the ground on Christmas morning. We could also see up to an inch of snow fall on Christmas night, starting at around 7pm. The weather forecast site Ventusky shows up to a half-inch of snow cover blanketing most of the Charlotte region on Christmas morning: 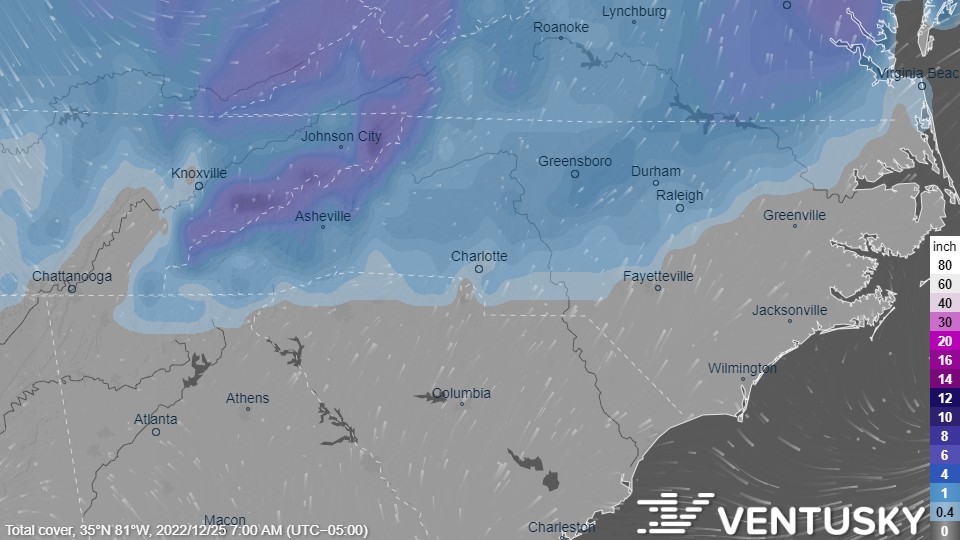 Charlotte’s favorite meteorologist, Brad Panovich, also noted the possibility of “a favorable pattern for wintry weather somewhere in the Carolinas next Thu-Fri…” in a recent Facebook post:

Do you think we’ll be seeing a white Christmas this year?