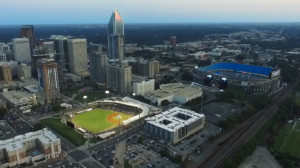 Matt Parrott from the Charlotte Knights (International League) repeats for a third time as the Triple-A ‘Sports Field Manager of the Year’ award winner after receiving the honor in 2017 and 2018. He also won the award in the Double-A class in 2011 as a member of the Bowie Baysox (Eastern League). Parrott’s other accolades include winning the ‘Eastern League Diamond Pro Sports Field Manager of the Year’ in 2011, 2014, and 2015.

“The stellar submissions for this year’s MiLB Sports Field Manager of the Year awards highlights the critical role that STMA members play in presenting first class venues for players, coaches and fans,” says Kim Heck, CAE, CEO of STMA. “We are proud to honor the widespread talent and tireless commitment to excellence of our Minor League Baseball sports field managers.”

Since 2000, STMA and MiLB have honored members who manage fields in Triple-A, Double-A, Single-A and Short Season or Rookie divisions. Winners are selected via a 12-member awards committee, compiled by STMA. Each nominee is independently scored on cultural practices, game day routine, resource utilization, staff management and the groundskeeper’s involvement and support of the sports field industry. Previous MiLB award winners can be found at stma.org/milb.