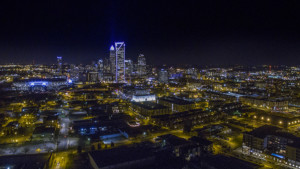 After analyzing the aggregated data from major economic and workforce development organizations, Forbes recently released their ranking of the fastest-growing big cities in America.

They measured growth by the percentage change in employment between the annual average of 2015 and 2016.