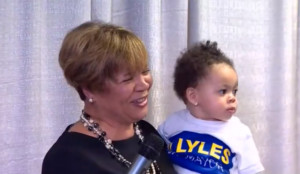 Last night after all 195 Charlotte precincts reported and 148,098 votes were counted, Charlotte officially announced its 7th new mayor in just 9 years – the first African-American female mayor in the history of our city – Vi Lyles.

Charlotte has had one of the highest mayor-turnover rates in American history over the past decade, including some major scandals, national appointments, and appointed stand-ins; Last night, Vi thanked all her supporters, volunteers, family, and friends after her victory was announced;

Kenny Smith conceeded the race last night, saying that even though he has over-performed the past several Republican mayoral candidates, ultimately, more people showed up to the polls than expected for Vi;

Vi now has a press conference scheduled for Wednesday morning at 9:00 am where she will outline her plans for when she first takes office.