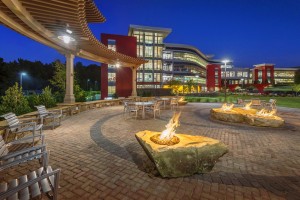 As Peurto Rico continues to rescue survivors of the category 5 hurricane that devastated the island last week, one prominent businessman has decided to step up in a big way to help.

“Red Ventures CEO and Puerto Rico native Ric Elias announced today the launch of Rebuild Puerto Rico, a nonprofit with the goal of raising at least $10 million to help his home country. Elias has vowed to match up to $5 million,” according to their press release.

“I care deeply about our island and about the people there,” said Ric Elias. “Puerto Ricans are facing a magnitude of devastation not seen in our lifetime. My heart breaks for those who are in peril. This is a time for all who care about Puerto Rico or humanity in general to stand up and pitch in.”

Donations to Rebuild Puerto Rico can be made here on YouCaring.com