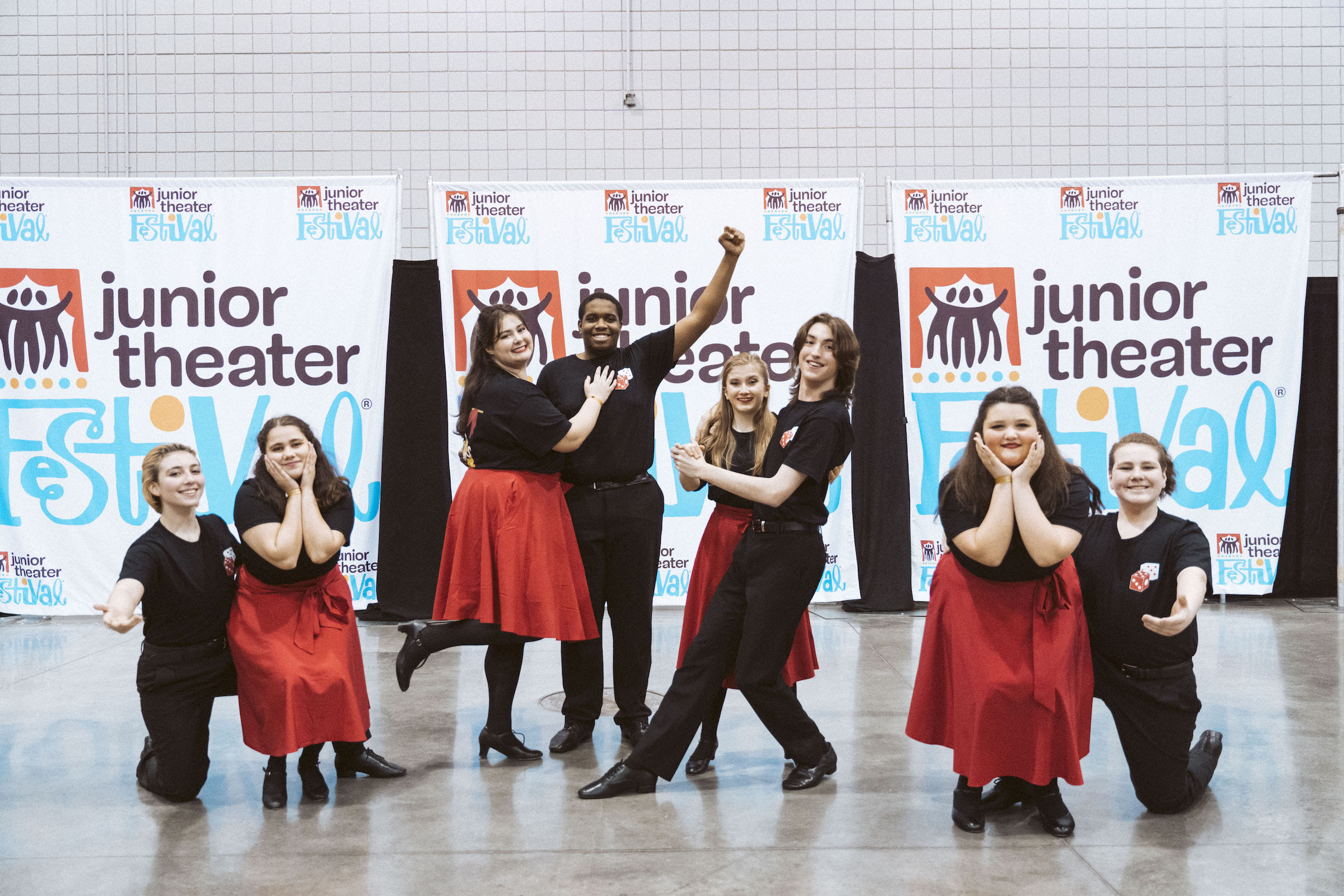 Above: Legacy Theater and Music Company students after they presented Guys and Dolls JR. for adjudication.