Last night, the Charlotte City Council voted to commission a $50 million study into a massive new CATS Light Rail project. The LYNX Silver Line study will examine the feasibility of a light rail train line that would connect Gaston County with Matthews.

The new Line would run from the intersection of Park Street and Highway 75 in Belmont, through Uptown Charlotte, to the CPCC Levine in Matthews with 26 stops along the way; 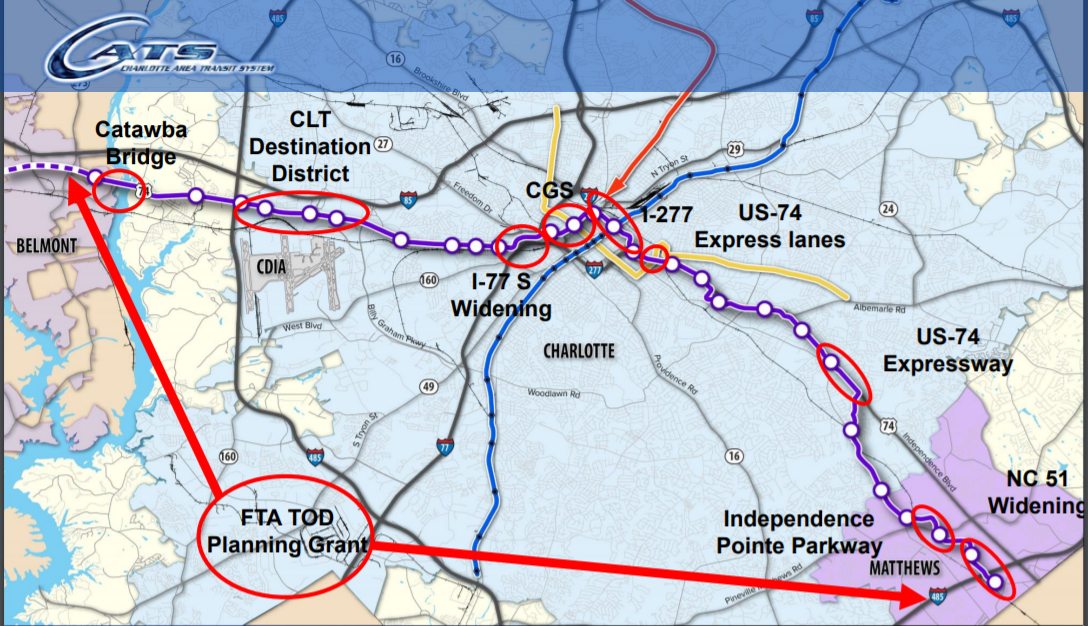 According to Belmont city manager Adrian Miller, there are now 65,000 vehicles traveling between Mecklenburg and Gaston Counties every day, which often results in traffic backups on I-85.

Jason Lawrence, a project manager with CATS said the entire Silver Line from Matthews to Gaston County would likely take 10 to 12 years to build. He also noted that financing hasn’t yet been identified. The several billions of dollars in funding would likely come from a combination of local, state and federal taxes.

The Charlotte City Council voted almost unanimously (final vote was 8-2) last night to spend the $50 million on the new study. The study will take approximately 2-3 years.

You can watch the full discussion and vote from last night’s meeting here;

What do you think about the new study and the LYNX Silver Line?