South Carolina lawmakers have just approved a new bill that will rename a portion of Carowind’s Blvd. in honor Detective Mike Doty, who was killed in the line of duty last month.

“Whereas, Detective Doty is the first York County law enforcement officer killed on duty since 1992. He had served the York County Sheriff’s Office for twelve years and, as a member of the narcotics unit, had made a significant impact in his community by fighting the opioid crisis and saving young people from drugs and alcohol,” the new bill states. “It would be fitting and proper to pay tribute to the life, service, and courageous sacrifice of this son of South Carolina by naming a road in York County in his honor.”

The section of Carowinds Boulevard from the NC/SC state line to I-77 in York County will be given the honorary name of “Detective Mike Doty Memorial Highway”; 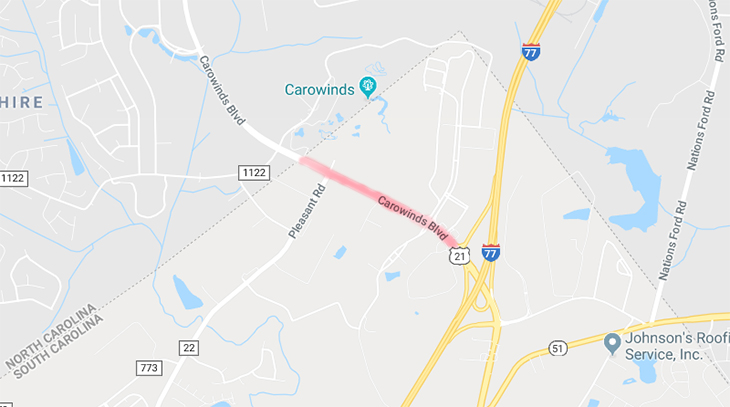 On January 16th, Detective Doty and three other officers were shot by 47-year-old Christian Thomas McCall after the officers responded to a domestic abuse call in York County. Sgt. Randy Clinton, Sgt. Buddy Brown & Sgt. Kyle Cummings are all progressing in their recovery from minor injuries.

Detective Doty first started working at the York County Sherrif’s office in 2006, as an investigator with the Multi-Jurisdictional Drug Enforcement Unit and the Law Enforcement Officer Narcan (LEON) Program coordinator.

A special renaming ceremony is now planned for 11 a.m. this morning.

You can read the entire bill here.