The Southeast of the United States could soon experience a truly devastating super-storm if 2 depressions continue to strengthen and collide in the northern Gulf of Mexico early next week.

This afternoon, the National Hurricane Center released the following warning about the 2 rapidly developing systems in the Caribbean:

They now forecast that both 13 and 14 will reach the top of the Gulf of Mexico at roughly 2pm on Tuesday afternoon.

Several models show the paths of the storms colliding sometime Monday afternoon or Tuesday morning, and if this occurs, the ‘fujiwara effect’ could cause the 2 growing storms to become one massive mega-hurricane. 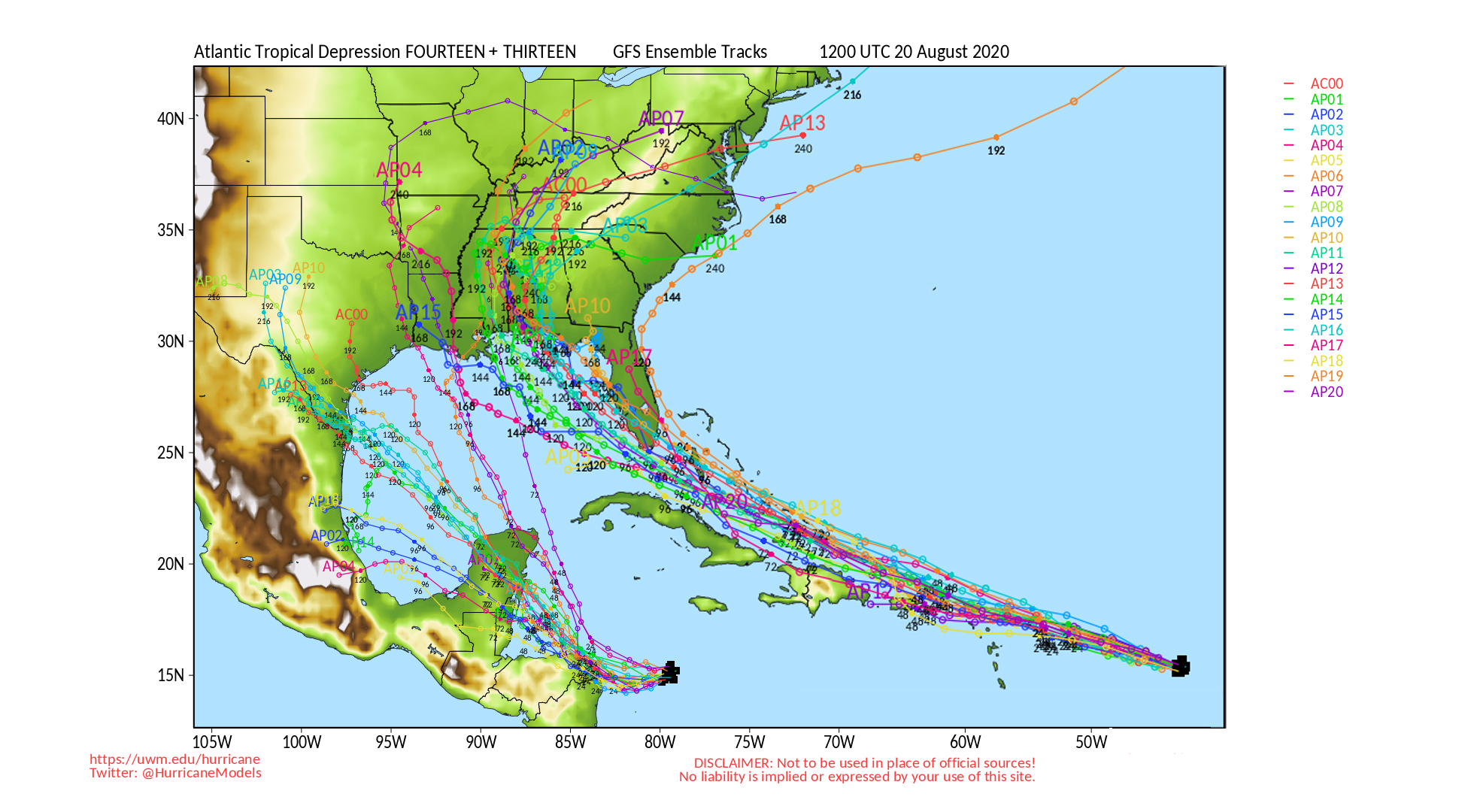 According to the National Weather Service, “the fujiwara effect occurs when two hurricanes spinning in the same direction pass close enough to each other, they begin an intense dance around their common center…often, the effect is additive when hurricanes come together — we usually end up with one massive storm instead of two smaller ones.”

Here you can see how 2 smaller storms, Nuru and Kulap combined in 2017 to become the largest storm of the pacific that year.