Yesterday afternoon, in a quite South Gastonia neighborhood, about 30 gunfire shots were heard moments before a Crown Victoria was heard crashing into the front of a home.

The car drove into a home at the corner of Duke’s Circle and Crawford Avenue: 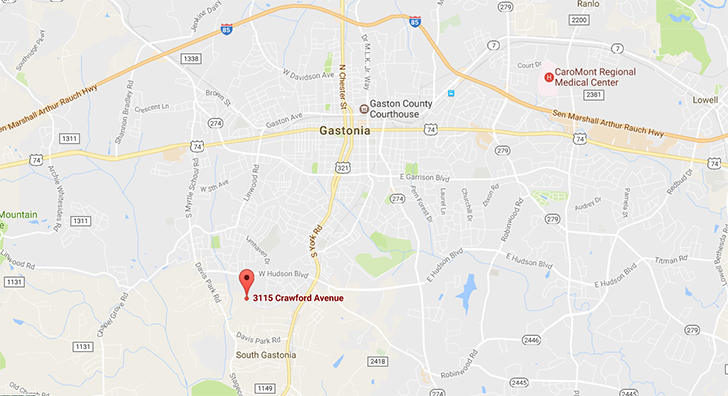 According to the police report, witnesses first heard a shower of bullets on West McFarland Avenue before the car sped through the South Gastonia neighborhood and drove into the living room of the Crawford Ave. home. The person or persons responsible for the shooting fled the scene in what police believe was a second vehicle.

After the home crash, police surrounded the car and home and eventually arrested 3 people. These were connected to outstanding warrants, and it’s not clear they were involved in the shooting. Thankfully, the homeowners were away at the time of the crash. Neighbors were not allowed to return to their homes until late last night after police were finished with their investigation.