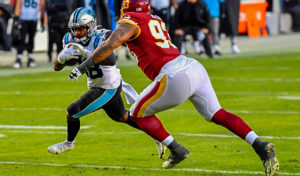 Questions surrounding sports betting and its legality in the States have only multiplied in the years following the federal relaxation of igaming laws. This has led to a significant rise in the asking of questions pertaining to different states’ gambling ordinance. While there aren’t many questions being asked in Nevada, for reasons that are fairly obvious, there are still many other states where matters aren’t so clear. South Carolina is an example of such a state.

Much of this uncertainty relates to the difference between it being legal to avail of a service, and it being legal to provide it. While these two matters affect one another – if it’s legal to provide a service, then more people will use it – there are some cases in which it leads to misunderstanding. Does a South Carolinian need to seek out an online casino elsewhere in which to bet, or can they do so with a domestic provider? This, and other questions, will be answered as we read on…

Is it legal to provide sports betting in South Carolina?

At present, sports betting in the Palmetto state is not regulated. This means that there are no domestic providers of sports betting facilities. That doesn’t mean it is illegal to bet within this state – in fact, only in Utah and Hawaii is it objectively not permitted – but it does make things a little more nuanced for bettors living in South Carolina. They can bet with non-domestic casinos, for which more options can be found here. As of this moment, bills to regulate it have been raised in the state legislature, but none have been passed before the end of a congressional session, so as things stand, the legal position is that you can bet in the state, but there are no local betting providers.

So what does a South Carolinan do, if they want to bet?

With sports betting not being regulated in South Carolina, it is effectively not illegal. That kind of nuance does not play into the hands of putative providers of the service, but it does work out fine for those who wish to practice betting. While potential casino companies would need to seek out licences and insurance – and would not get them, because the legal framework does not exist – a potential bettor can bet with a casino that runs out of another state, or elsewhere. It pays to be cautious, though, and to make sure any betting provider is permitted to offer their services to South Carolina residents – because it won’t be the case for all of them.

Will South Carolina fully legalize and regulate betting in the future?

This is a question that’s hard to fully answer until it happens (or doesn’t). The conditions exist for it to happen fairly quickly if it were to be passed at a state level, and there is enough of a push for it to have seen bills raised. A certain amount of negotiation will clearly be required before the latest bill, launched on a bipartisan basis, finds broad enough support to pass state Congress and find favor with Gov. Henry McMaster, but we’ve seen movement happen in other states, most recently in Maine which passed wide-ranging laws this Spring. It still remains to be seen in South Carolina, but it’s certainly possible.