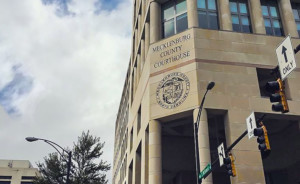 A bomb threat in Uptown Charlotte has just caused the Charlotte Courthouse to be evacuated and several streets to be shut down.

According to the Mecklenburg County Sheriff’s Department, the bomb threat was called in at around 4:30pm.

The caller told the courthouse receptionist that the bomb was located in the bathroom.

Several streets are currently closed, causing major backups in Uptown at the height of rush hour;

The CATS’ schedule has been changed due to the threat;

Due to police activity in the uptown area, buses may be rerouted. We appreciate your understanding and will resume normal service as conditions permit.

We will update this article as new information is received.