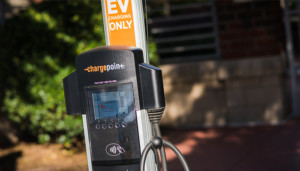 Electric cars being charged on North Carolina streets are likely to become more familiar sights over the next few years. But a lot more work must be done to achieve that. That’s what a new study from the nonprofit, nonpartisan American Council for an Energy-Efficient Economy suggests.

North Carolina is one of the top half states across the US that encourage and help citizens and companies to turn from regular cars to electric vehicles. That’s what American Council for an Energy-Efficient Economy’s study has shown.

As for North Carolina, the state received a total of 31.5 points, ranking on the 19th place on the list of the states that do well at encouraging citizens to ditch the not-so-friendly for environment cars and switch to electric vehicles.

The categories taken into consideration included the states’ efforts and objectives, as well as incentives offered and electrical grid optimization.

What did the study conclude for North Carolina’s efforts?

As mentioned above, North Carolina ranked as the 19th state in the study’s results, gathering a total of 31.5 points.

When it comes to North Carolina’s electrification efforts, the American Council for an Energy-Efficient Economy concluded that the state should improve its efforts because this can help reduce greenhouse gas emissions that have so many bad impacts on our planet, such as air pollution. What’s more, researchers also believe that increased electrification efforts can also help on an individual level by cutting fueling and maintenance costs for citizens and businesses.

What has helped North Carolina earn 19th place, and the score was the Executive Order 80, issued by Gov. Roy Cooper back in October 2018. The order aims to reduce climate change and to help the state move towards a cleaner energy economy.

The study’s researchers criticized the state for failing to established a specific target amount for reducing greenhouse gas emissions despite the fact that the executive order does mention a goal of cutting emissions by 40% from 2005 levels. However, researchers believe that the goal listed in Gov. Ray Cooper’s order is different from a transportation-specific emissions goal.

As the study’s final report explains, transportation-specific reduction goals can help states better think about their transportation system and overall strategies to reduce emissions. What’s more, researchers believe that setting targets in this direction is an essential step in creating a road map of policies and regulations that action against measures that contribute to climate change and that help measure progress with the efforts made.

By analyzing the study’s results, it seems that researchers believe that North Carolina deals with a lack of state government-backed or utilities-backed grants and incentive programs that could help citizens who live in low-income and environmentally stressed areas to buy electric vehicles.

Besides the aim to reduce emissions, the 2018 order also calls for replacing state government regular car and truck fleets with vehicles that have zero-emission levels and the goal of increasing the number of zero-emission passenger cars and trucks to 80.000 by 2025.

The situation of electric vehicles in North Carolina

2019 state data show that as of Aug. 31, 2019, North Carolina had 9,600 all-electric cars registered. While this may not sound a lot, the good news is that by March 2020, the number of all-electric vehicles in the state grew to 13,500. What’s more, by the same period, the state had 159,000 hybrids, and even if hybrids are not zero-emission cars, they still are lower-emission, at minimum. So, it’s clear that some things are changing in North Carolina to reduce greenhouse gas emissions.

Although currently, vehicles that are powered by gas and diesel account for nearly 98% of the total vehicles across the state, state authorities forecast an improvement. The transportation department in the state expects rapid growth of electric cars on the streets of North Carolina. More precisely, it is expected that by 2020, there will be 265,000 to 350,000 electric cars and trucks registered in North Carolina. The number of gas- and diesel-powered vehicles in North Carolina isn’t surprising. In fact, the numbers are in line with national figures as electric vehicles across the US only encompass 2% of sales.

Shannon Binns, the executive director of Sustain Charlotte, a community-based nonprofit organization that aims to help citizens work together towards solving the region’s sustainability problems, told BizJournals that the local transit system should also help reduce greenhouse emissions by replacing its bus fleet with electric vehicles as well. Binns also explained that emissions that come from vehicles represent the largest source of greenhouse gases across the US and that they represent the second-largest source when it comes to North Carolina.

There are also some state data to back Binns’s claims. More precisely, in the state, power production is the first source of greenhouse gases in North Carolina, producing about 35% of such emissions. What’s more, the transportation sector is the second one, generating 32% of greenhouse emissions. Therefore, it’s clear that switching to electric cars is vital to protect our planet.

Some efforts are happening in the Charlotte region, for example. More precisely, the locally based Duke Energy, an American electric power holding company, has created a company called eTransEnergy that aims to help companies and governments switch from regular cars to electric ones.

It’s clear that North Carolina is doing an excellent job at reducing greenhouse gases generated by transportation, but it’s evident that a lot of work is still required.