Most Americans would agree that communications are a vital part of their lives. The same is true for the U.S. Navy. Instead of using smart phones and tablets, a group of sailors stationed in Pearl Harbor, Hawaii, use the most-advanced satellite and telecommunications equipment to share vital information with sailors deployed around the world. 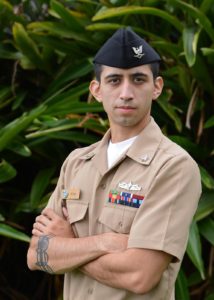 Reyes credits success in the Navy to many of the lessons learned in Belmont.

“My hometown taught me the value of hard work,” said Reyes. “I took that lesson with me and apply it everyday while serving.”