Amazon is about to expand in the Charlotte region once again with the addition of a massive new distribution facility in Gaston County.

According to Bessemer City Manager James Inman, the new 65-acre facility (codenamed “Project GT) will include a 180,000 square foot high-tech distribution center and will create upwards of 400 new jobs.

This expansion is in line with Amazon’s recent moves to invest heavily in its order-fulfillment capabilities, opening more warehouses and expanding same-day delivery. They currently operate 48.3 million square feet in North America, in 96 total distribution centers. 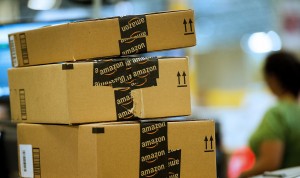 Their expansion tactics will allow them to cut out UPS and FedEx and their distribution networks. Once they complete their own full-scale distribution network, Amazon will be able to keep goods in its network until they’re almost at their destination, then use the U.S. Postal Service for the last leg of delivery. They have even been talking about even using flying drones to deliver the goods to their client’s door steps in the near future.