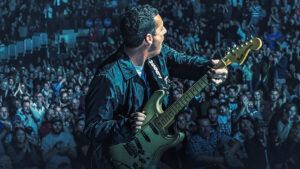 Adam Sandler is ready to hit the road again, and he will be performing a night of comedy and songs in Charlotte.

Legendary actor, comedian, musician, writer, producer, and entrepreneur (who just won the Mark Twain Prize for American Humor) will be coming to Charlotte this winter on a newly announced national tour.

Sandler will be performing a night of his best comedy and music in Uptown Charlotte at the Spectrum Center on February 18th.

Tickets for his Charlotte show are now available on StubHub here.