A report conducted by the Castlight Health Group ranked the top 25 worst towns in America for opioid abuse and 4 North Carolina towns showed up on the list – Wilmington ranked #1, Hickory ranked #5, Jacksonville ranked #12, and Fayetteville ranked #18.

Castlight analyzed health data from a randomized selection of almost 1 million people across the country to determine national usage rates and new trends. “The use and abuse of prescription opioids continues to be a challenging and costly crisis for the U.S. The facts underscore the severity of this crisis: 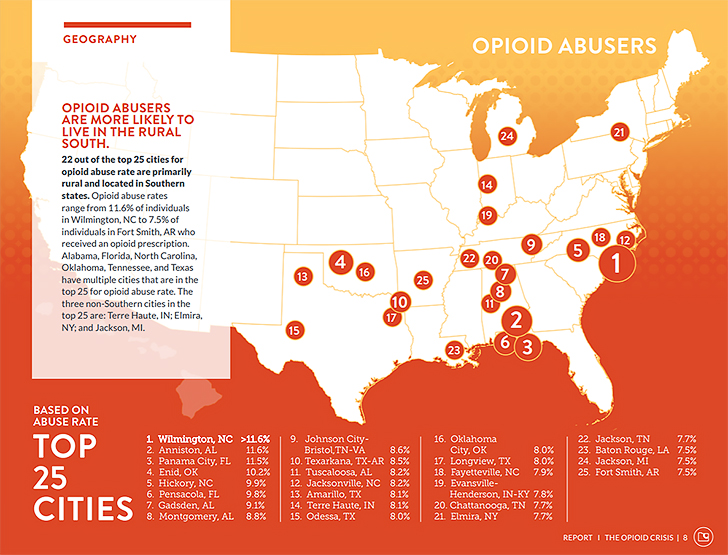 They also discovered that roughly 1 out of 3 opioid prescriptions, insured by employers, is currently being abused.

What do you think should be done about opioid abuse here in North Carolina?