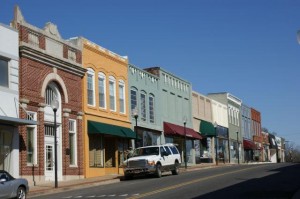 Large cities buzz with energy, but they can also feel overcrowded and overpriced. Suburbs, in turn, can offer more space and affordability – as well as access to better school systems.

Despite these advantages, some people are hesitant to move to the suburbs, out of fear they are too far away from the action.

To uncover the best suburbs in America within a 15 minute to one hour drive of a large city, SmartAsset compared data for close to 500 suburbs near cities with populations of 250,000 or more. They analyzed 13 metrics across three categories: jobs, affordability and livability.

Their findings show that Fort Mill, Concord and Davidson all ranked among the 100 best suburbs in the U.S.

Best Suburbs to Live In Near Charlotte

The full report, including key findings, methodology, and a breakdown of the best suburbs in each region, can be found here: https://smartasset.com/data-studies/best-suburbs-to-live-in-near-a-large-city-2022