65 year Larry Thomas from Rock Hill was sent to jail after denying service and pulling a handgun on a black man.

Fort Mill resident Arthur Hill walked into Thomas’s small barber shop to grab a quick haircut, but within moments of walking through the door he was denied service and threatened with a pistol.

“I asked him does he shave, Can I have a shave?'” commented Arthur Hill, after which Larry Thomas said, “I don’t do black hair.” 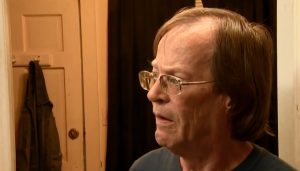 Hill then asked Thomas to clarify, ‘Are you referring to African American hair?’ He said, ‘Yeah,’ and at the time I noticed he already had his hand gripped on a .38 snub nose chrome revolver.”

Hill then told Thomas he didn’t want any trouble, left, and immediately contacted the Sheriff.

Police then came to the barber shop and locked Larry Thomas up for the night.

They also banned him from possessing a firearm until the investigation concludes.

Do you think he should have been arrested?