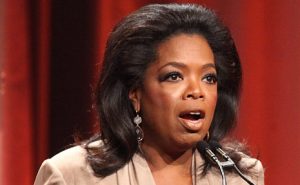 Media giant Oprah Winfrey is now planning on coming to Charlotte to address the graduating class at Johnson C. Smith University. She will be the keynote speaker at their spring commencement ceremony.

Winfrey, who turned her 25-season long talk show into a true media empire, has often used her influence to support education and empowerment worldwide. She now encourages people on her ‘best life now’ show, and raises money for women’s shelters and poor schools through Oprah’s Angel Network. The Oprah Winfrey Scholars Program has also granted millions in scholarships to students who have committed to giving back to their communities.

This year’s graduating class at JCSU includes two Oprah Winfrey Leadership Academy for Girls graduates – Noluthando “Thando” Dlomo and Nompumelelo “Mpumi” Nobiva, who both graduated from a school she founded in South Africa.

The ceremony will be held in the Irwin Belk Complex on May 15 at 8 a.m.