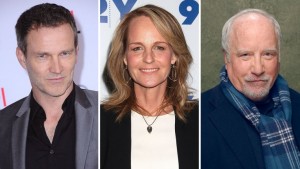 Most of North Carolina’s film incentive money was cut back in 2014, but last September, the legislature returned some film incentives to the budget, and approved three new movie and tv productions.

One of the most highly anticipated of the three is 20th Century Fox’s new show “Shots Fired,” a TV series staring star Richard Dreyfuss, Helen Hunt, and Stephen Moyer. The drama explores the aftermath of racially charged shootings in a small southern town, drawing inspiration from the recent police shootings and the Black Lives Matter movement.

The show has already filmed scenes in Concord, Kannapolis and Charlotte, and most of the remaining footage will be captured in Mooresville from now up until July.

The North Carolina Film Office said “Shots Fired” and two other productions are expected to have direct in-state spending of more than $64.5 million while creating approximately 7,600 jobs throughout the state.