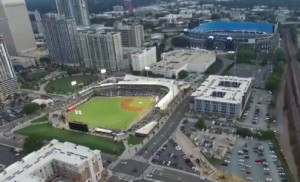 These were his comments about the new location:

“Let me go back to a conversation we’ve had already. I think for us to expand we need to be resolved in Tampa and Oakland in terms of their stadium situations. As much as I hope that both Oakland and Tampa will get stadiums, I think it would be difficult to convince the owners to go forward with an expansion until those situations are resolved.

Once they’re done, I think we have some great candidates. I know the mayor of Montreal has been very vocal about bringing baseball back to Montreal. It was not great when the Expos left. The fact of the matter was baseball was successful in Montreal for a very long time. Charlotte is a possibility. And I would like to think that Mexico City or some place in Mexico would be another possibility.”

The MLB has expanded since 1998 when the Tampa Bay Rays (originally the Devil Rays) and Arizona Diamondbacks first started. Given the growth of major league baseball’s popularity, and after almost 20 years of no activity, the jump from 30 teams to, say, 32 now seems overdue.

If (and when) Charlotte is chosen to host it’s own major league baseball team, one of the biggest questions on everyone’s mind is where will the stadium be. The BB&T field in Uptown Charlotte was not designed to be retrofitted for major league standards, and city planners don’t think Uptown could handle the additional traffic and parking during the 81+ major league home games (many of which are on weekdays).

What do you think about a new MLB team in Charlotte?

Where do you think the new major league field should be built?