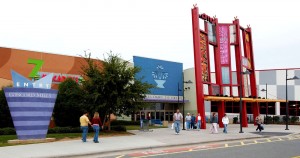 The North Carolina Bureau of Investigation finished a multi-year operation which uncovered 12 meth labs around the Concord region, including one in a Concord Mills Store.

The investigation started on Oct. 2, 2013 as a join effort between the NCBI and local sheriff offices. They discovered a local group that was distributing large amounts of meth throughout our region and began several undercover operations to find out where the meth was being made, or imported from.

Based upon the witness testimonies, agent accounts, and seizures, investigators now estimate that they distributed meth with a street value of over $4 million.

26 people have now been arrested for being involved with the production or distribution of meth. 22 defendants were located in North Carolina, and 4 were located in Texas, Tennessee, South Carolina and Indiana. The out-of-state arrests were made with the assistance of the U.S. Marshals Service, Homeland Security Investigations and the Texas Department of Public Safety.